At St. Peter’s we are very fortunate to have a very pro-active board of Governors who, in addition to their statutory legal duties, are very supportive of the school and give freely their time and expertise to support the children and staff.

Under our Instrument of Government, a legal document which defines the structure of the governing body and characteristics of the school, the full governing body is made up of 16 members, appointed by various bodies, who all play a vital role in the organisation and management of the school.

The remit of the governing body is as follows:

The purpose of the governing body is to conduct the school with a view to promoting high standards of educational achievement.  Its three core strategic functions are:

Our current full governing body membership is as follows:

In addition to the full governing body, which usually meets termly, the following committees also meet at least termly to discuss specific issues and aspects of school life in greater detail before reporting back to the full board:

Nominated Link Governors take responsibility for curriculum subjects and aspects of school life, meeting regularly and working closely with the staff of the school:

David Jackson - Chair of Governing Board 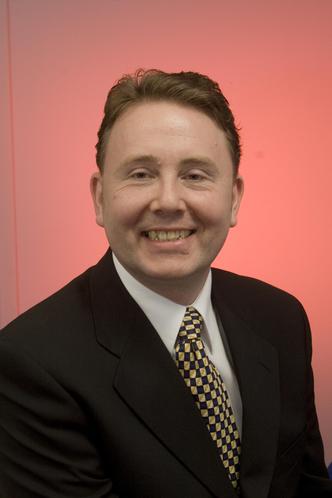 Hello my name is David Jackson and I am currently Chair of Governors at St Peters CE Primary School. I have been a governor at the school for 23 years now starting as a parent governor, and now as a foundation governor appointed by the Diocese of York. I have also served as a governor at Warsett Secondary School & Freebrough College and was closely involved with the amalgamation of the three schools that made up Freebrough College and the eventual establishment of Freebrough as an Academy. I was also a Trustee of the East Cleveland Educational Action Zone. I believe that all this experience helps me undertake my duties as Chair and member of the school's Leadership Team in achieving the best possible outcomes for the children in our care.

As Chair I support and challenge the Headteacher and other leaders in striving to be an outstanding school. I lead the governors in ensuring we fulfil a number of statutory duties as well as setting the strategic direction the school takes, has sound financial management, that children’s safeguarding is robust and uncompromising and that all children make significant progress.

This all sounds very heavy but it is also immense fun! I have been extremely privileged to work with such wonderful and dedicated staff and enthusiastic children and parents, and after 20 years I still enjoy the challenges and rewards that the role brings.

I retired early after serious illness so am fortunate to have the time to dedicate to this rewarding role. My wife Karen was formerly a teacher at KTS Academy and my daughter Natalie is Assistant Head at Badger Hill Academy. My other daughter Hayley is a Nursing Sister at James Cook Hospital.

I am also Treasurer at St Margaret's Church and feel that the close links between School and Church have been invaluable, it is a great achievement that the school has been constantly judged outstanding in all Church Inspections. 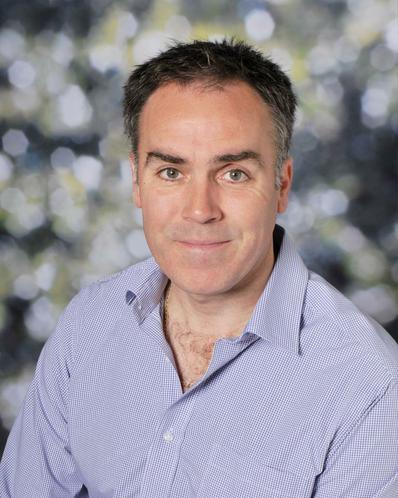 Having attended St. Peter's in the 1970's and 1980's and living in Brotton all my life, I wanted to give a little back to the school and the community.  I have 2 children who spent their primary education at St. Peter's and 2 there currently and see the satisfaction they get from the great teaching at the school.  I also see the effort the whole team show and am only happy to play my part.

As a company director and accountant I feel I can bring my managerial and financial skills to the board of governors.  I currently serve on the Finance and Staffing Committee, and on the committees dealing with pay review and staff performance management, including the annual performance review of the Headteacher.

I am the nominated governor for Mathematics and work closely with staff in school on the planning and delivery of the subject.

This is my second experience of being on a Governing Body as I attended meetings and committees at a local secondary school.  I have worked at St. Peter's since the year 2000 initially as a Teacher, then Assistant Headteacher before becoming Headteacher in January 2011.

During my time at St. Peter's I have led a number of subjects, phase teams and also contributed towards the extensive after school club programme and the many off-site visits we offer.

It is an honour and a privilege to be the Headteacher in the village in which I grew up.  I believe the staff and governors of our church school make a real difference to the lives of our pupils and the wider community.  This is achieved through excellent teaching, positive relationships with parents and long standing partnerships with local organisations.

Outside school I enjoy spending time with my family, walking in the woods and along the beach.  I am also an avid Middlesbrough supporter. 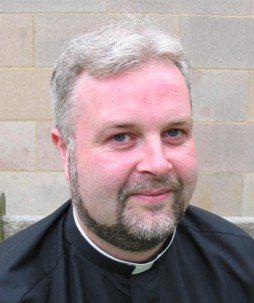 As the Rector of St. Margaret's, I am automatically, through the Church Trust, an Ex Officio Foundation Governor of St. Peter's, a role I have held for the past four and a half years.  It is a role that has been held by previous Rectors since the foundation of the original St. Peter's at the top of the village.

As Rector I am involved in the life of the School, in leading Collective Worship, working with the Worship Team to arrange and conduct Collective Worship for the major Festivals of the Church's year, part of the "Rights Respecting Group" as they work to implement the right of the child.  I sit on the Curriculum Committee of the Governing Body and act as RE Link governor.  It is a privilege to work alongside a committed and caring staff, a staff that is committed to the learning and welfare of the children, in so many different and imaginative ways; this commitment we have seen through the recent Ofsted report and through our working relationship with the Diocese of York.

In my previous parishes I have been a governor of a Community Primary School and an Ex Officio of a Voluntary Aided Church Primary.  I have worked, since leaving school, in various roles and in different parts of the country until undertaking my first degree at the age of 26 and finally being ordained when I was 33.  Through this work and study pattern I hope that I bring a broad life view to my role as Governor at St. Peter's. 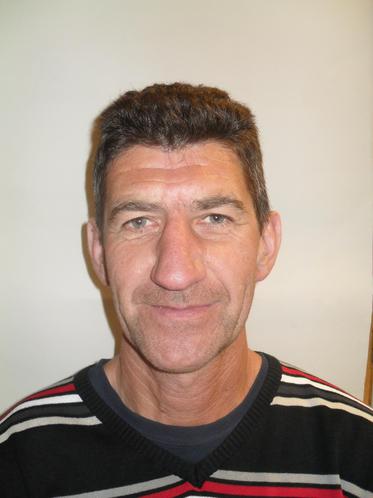 I first became a governor at St. Peter's in March 2008 as I wanted to put something back into the community and into the school that had taught my daughter, two of her own children now attend the school.

Much of my working life was in the local steel industry where I was a team leader, supervising a production line.  The skills I gained from this have enabled me to contribute to vital decisions that will affect the future and effectiveness of the school.

As a member of the Premises and Health and Safety Committee I was involved in the two phases of building improvements during 2012 and 2014 which vastly improved many of the teaching areas across school.

I have supported the Gifted and Talented agenda at school and am one of the two nominated governors for Science and Technology.  I also organise an after-school club where pupils can design and construct their topics using and developing their Maths and Science Skills.  I can also very often be found driving the school minibus to take pupils to and from educational visits and sporting events.

Having taught in Grangetown for 17 years, I moved to St. Peter's in January 2011 to fill the vacancy of Assistant Headteacher created by Mr. Unthank's promotion.  I worked initially in Lower Key Stage Two before becoming Key Stage One Leader.

My main responsibility, as one of the two Assistant Heads here at St. Peter's, is to oversee Safeguarding through my role of Designated Safeguarding Lead.

I have served on the Governing Body since my appointment and am delighted to be part of such a knowledgeable and dedicated team who hold the education, safety and general well-being of our pupils in the highest regard.

As well as the role of Staff governor, I currently chair Curriculum Committee Governor Meetings.

I have been a Community Governor (now defined as Co-opted) for 10 years.  I have however been involved with activities at St. Peter's for over 20 years, starting when my daughter attended the school.

I am a qualified electrical and mechanical engineer and recently retired having operated my own safety inspection company.

I sit on the Premises & Health and Safety Committee and am a Nominated Governor for Science and Technology.  I also assist the Gardening Club, Lego Club and support the children on most activities that take place external to school.

In our increasingly technical and automated world I believe that there will remain a future need for manual "hands on" skills.  I will endeavour to make Science, Technology and Craft activities fun, which in turn encourages the children to be creative, imaginative and dexterous.

GALLERY - GOVERNOR SUPPORT FOR THE CURRICULUM

Unfortunately not the ones with chocolate chips.

Some cookies are necessary in order to make this website function correctly. These are set by default and whilst you can block or delete them by changing your browser settings, some functionality such as being able to log in to the website will not work if you do this. The necessary cookies set on this website are as follows:

Cookies that are not necessary to make the website work, but which enable additional functionality, can also be set. By default these cookies are disabled, but you can choose to enable them below: