At St. Peter’s we are very fortunate to have a very pro-active board of Governors who, in addition to their statutory legal duties, are very supportive of the school and give freely their time and expertise to support the children and staff.

Under our Instrument of Government, a legal document which defines the structure of the governing body and characteristics of the school, the full governing body is made up of 16 members, appointed by various bodies, who all play a vital role in the organisation and management of the school.

The remit of the governing body is as follows:

The purpose of the governing body is to conduct the school with a view to promoting high standards of educational achievement.  Its three core strategic functions are:

Our current full governing body membership is as follows:

In addition to the full governing body, which usually meets termly, the following committees also meet at least termly to discuss specific issues and aspects of school life in greater detail before reporting back to the full board:

Nominated Link Governors take responsibility for curriculum subjects and aspects of school life, meeting regularly and working closely with the staff of the school: 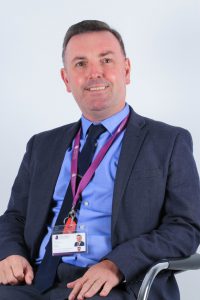 This is my second experience of being on a Governing Body as I attended meetings and committees at a local secondary school.  I have worked at St. Peter’s since the year 2000 initially as a Teacher, then Assistant Headteacher before becoming Headteacher in January 2011.

During my time at St. Peter’s I have led a number of subjects, phase teams and also contributed towards the extensive after school club programme and the many off-site visits we offer.

It is an honour and a privilege to be the Headteacher in the village in which I grew up.  I believe the staff and governors of our church school make a real difference to the lives of our pupils and the wider community.  This is achieved through excellent teaching, positive relationships with parents and long standing partnerships with local organisations.

Outside school I enjoy spending time with my family, walking in the woods and along the beach.  I am also an avid Middlesbrough supporter. 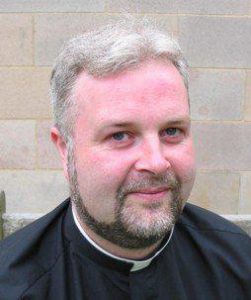 As the Rector of St. Margaret’s, I am automatically, through the Church Trust, an Ex Officio Foundation Governor of St. Peter’s, a role I have held for the past four and a half years.  It is a role that has been held by previous Rectors since the foundation of the original St. Peter’s at the top of the village.

As Rector I am involved in the life of the School, in leading Collective Worship, working with the Worship Team to arrange and conduct Collective Worship for the major Festivals of the Church’s year, part of the “Rights Respecting Group” as they work to implement the right of the child.  I sit on the Curriculum Committee of the Governing Body and act as RE Link governor.  It is a privilege to work alongside a committed and caring staff, a staff that is committed to the learning and welfare of the children, in so many different and imaginative ways; this commitment we have seen through the recent Ofsted report and through our working relationship with the Diocese of York.

In my previous parishes I have been a governor of a Community Primary School and an Ex Officio of a Voluntary Aided Church Primary.  I have worked, since leaving school, in various roles and in different parts of the country until undertaking my first degree at the age of 26 and finally being ordained when I was 33.  Through this work and study pattern I hope that I bring a broad life view to my role as Governor at St. Peter’s. 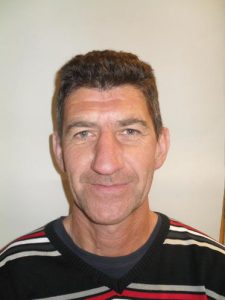 I first became a governor at St. Peter’s in March 2008 as I wanted to put something back into the community and into the school that had taught my daughter, two of her own children now attend the school.

Much of my working life was in the local steel industry where I was a team leader, supervising a production line.  The skills I gained from this have enabled me to contribute to vital decisions that will affect the future and effectiveness of the school.

As a member of the Premises and Health and Safety Committee I was involved in the two phases of building improvements during 2012 and 2014 which vastly improved many of the teaching areas across school.

I have supported the Gifted and Talented agenda at school and am one of the two nominated governors for Science and Technology.  I also organise an after-school club where pupils can design and construct their topics using and developing their Maths and Science Skills.  I can also very often be found driving the school minibus to take pupils to and from educational visits and sporting events.

Having taught in Grangetown for 17 years, I moved to St. Peter’s in January 2011 to fill the vacancy of Assistant Headteacher created by Mr. Unthank’s promotion.  I worked initially in Lower Key Stage Two before becoming Key Stage One Leader.

My main responsibility, as one of the two Assistant Heads here at St. Peter’s, is to oversee Safeguarding through my role of Designated Safeguarding Lead.

I have served on the Governing Body since my appointment and am delighted to be part of such a knowledgeable and dedicated team who hold the education, safety and general well-being of our pupils in the highest regard.

As well as the role of Staff governor, I currently chair Curriculum Committee Governor Meetings.

Gallery – Governor Support for the Curriculum